A definition often washes over a reader, leaving the reader influenced, but without any obvious new insight as to the intended meaning or implications of a word. Worse, without proper guidance, a reader may interpret a definition differently than what is intended by the author, or in the case of economics, different from how the discipline is actually employing the definition. Definitions are, however, important, potentially very important. A definition has the potential to provide clarity. At their best, definitions act like a compass, providing a lost reader with several potential directions from which to proceed.
source 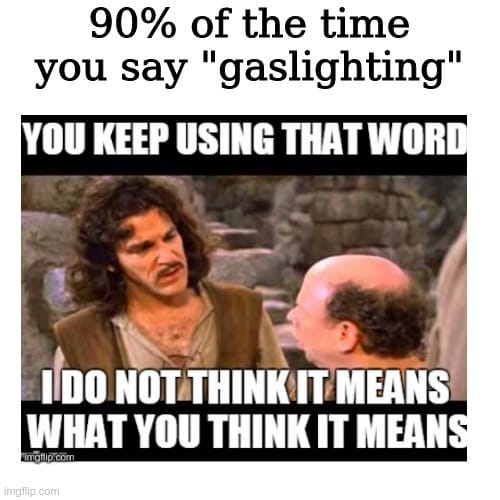 The state in our context will refer to the political governance structure of a country. It will refer to the Federal / Union government. In addition to the executive branch, the state will also include the legislature and the judiciary.

Markets will include all private economic structures facilitating production and exchange in the economy. The term will encompass the entire variety of markets, including the market for goods and services, the market for workers (the labor market), and the market for loans, stocks, and bonds (the capital or financial market). It will also include the main actors from the private sector, such as businesspeople and corporations.

“dictionary, a community “is a social group of any size whose members reside in a specific locality, share government, and often have a common cultural and historical heritage”

But our definition is different. A community is a Microcosm of an Economy. So a community has the state component (governance and skilling) and the market component (Jobs & Project).

Microcosm - situation regarded as encapsulating in miniature the characteristics of something much larger.

something transacted especially: an exchange or transfer of goods, services, or funds electronic transactions.
or
transactions: the often published record of the meeting of a society or association.
or
an act, process, or instance of transacting.

A bunch of transactions clubbed together based on predetermined rules.

Blocks are data structures within the blockchain database, where transaction data in a cryptocurrency blockchain are permanently recorded. A block records some or all of the most recent transactions not yet validated by the network. Once the data are validated, the block is closed. Then, a new block is created for new transactions to be entered into and validated.

Blockchain defined: Blockchain is a shared, immutable ledger that facilitates the process of recording transactions and tracking assets in a business network. An asset can be tangible (a house, car, cash, land) or intangible (intellectual property, patents, copyrights, branding). Virtually anything of value can be tracked and traded on a blockchain network, reducing risk and cutting costs for all involved.

A protocol is a set of rules or procedures that govern a system — whether that system is a computer network, a town hall meeting, or a board game.
For instance, in chess, individual players may have their own strategies — but the way in which each chess piece moves on the board is dictated by the rules (or protocol) of chess.

“Decentralized autonomous organizations” or DAOs represent exactly what they are called; they are:

decentralized so, the rules cannot be changed by a single individual or centralized party;
autonomous, so they operate based on logic written into a smart contract, without human. intervention. They will continue to function for as long as the underlying blockchain continues to function;
organizations or entities that coordinate activity among a distributed community of stakeholders — for example, developers and users on a given blockchain network.
DAOs are examples of what is known as “on-chain governance“. In traditional corporate governance, for example, companies have bylaws that dictate certain policies, such as how a board is elected. A DAO extends this concept into the digital world by encoding bylaws into smart contracts.

In a classic, centralized client-server network, data is requested by one class of computers known as “clients” (PCs or mobile phones, for example) and is “served” by another class of computers called servers. Facebook is an example of the client-server network model: Facebook profile data lives on Facebook servers, and is sent to the user when they open the app on their phone.

This hub-and-spoke model is a highly efficient but brittle system since the server is a “chokepoint” and centralized point of failure. Contrast this with a peer-to-peer network, where the connections resemble more of a “spiderweb”. In a peer-to-peer network, each node operates under a single communication protocol to transfer data between them; this model is often less efficient, but much more resilient because there is no single point of failure.

Perhaps the most famous example of a peer-to-peer network is the internet itself. The original internet, known as ARPANET, was invented by the U.S. Department of Defense as a way to ensure defense communication would never go down, even in the event of nuclear war. Disabling individual ARPANET nodes would not stop message traffic; they are simply routed along different paths to the same destination. Similarly, shutting down a single node, or even multiple nodes, on a blockchain network does not stop transactions from being processed.

Cryptonetworks are a fundamentally new way to design and incentivize internet-based networks. They arise from cryptocurrency movements, but the fundamental shift between these and previous internet -based economies is the creation of open, decentralized networks and protocols. An example of a past such protocol is SMTP, which enables email; even though Microsoft owns Hotmail and Google owns Gmail, no one company owns the email-enabling protocol itself. Numerous companies can therefore build on top of it without being proprietarily blocked by Microsoft and Google. This is the defining feature of open networks.

However, a classic challenge with decentralized networks is that they are public goods. Thus, incentivizing their maintenance and development is challenging. If there is no central entity (like a Google or Microsoft) supporting it all, who will build, coordinate, manage, and maintain these networks? This is where blockchains and cryptocurrencies come in: the former enables decentralized coordination, and the latter provides incentives for development.

Technically, a cryptonetwork is a public blockchain, maintained by nodes, on a peer-to-peer network. It is distinct from a private blockchain or distributed ledger because it is permissionless: Participation in the network is open to anyone and not limited to a single or pre-defined group.

Cryptonetworks use consensus mechanisms to create an interlocking system of economic incentives to secure the network and prevent double-spending. It is these economic incentives, along with some of the fundamental cryptography and computer science concepts defined above, that creates a redundant, fault-tolerant system that strongly guarantees the persistence of data and execution of programs on the distributed network.

A node is a device that participates in a network by following the network protocol. Individual nodes can perform a variety of roles, such as caching data, validating information, or forwarding messages to other nodes.

Depending on the network, each node can have a unique role or multiple nodes can share a single role. This architectural design choice reflects a fundamental tradeoff between network redundancy (coverage in case one node goes down) and efficiency.

Decentralization is the degree to which control — power, resource allocation, etc. — over a given network is distributed across a large, representative base of independent actors.

In most systems, there is a tradeoff between efficiency and decentralization, because coordination costs increase with the number of participants. However, decentralization also provides redundancy and fault-tolerance that a centralized system cannot match. Take the analogy of a democracy, which could be considered a “decentralized” political system. Even though the American democratic system can be inefficient and messy at times, it has proven remarkably resilient. Similarly, blockchain networks are strictly less efficient than centralized databases, yet offer the unique properties of redundancy and censorship-resistance.

Tokens are a digital representation of an asset. This could be either a native digital asset (like a digital baseball card) or represent a credit for some type of “work” or service (like gigabytes of files stored). Tokens are not cryptocurrencies themselves, but rather are issued from smart contracts built on top of other cryptonetworks.

The two most common token types on the Ethereum cryptonetwork are ERC-20 and ERC-721: ERC-20 is the standard implementation for fungible smart-contract tokens, while ERC-721 is the standard for non-fungible tokens. Both ERC-20 and ERC-721 tokens can be used in different ways, or even combined within a single smart contract, to extend the functionality and flexibility of the blockchain economy as a whole.

“Fungibility” means that units of a currency or commodity are alike and indistinguishable. Examples of fungible currencies are $1 bills, each of which is alike and represents the same value.

On the other hand, non-fungible tokens represent unique assets whose value is independent from one another. For example, an NFT might represent a piece of unique digital artwork, a Mickey Mantle baseball card, or a share of physical North Carolina real estate. Despite this difference, NFTs can be exchanged in the same manner as any other token on a cryptonetwork.

The ability to represent unique assets greatly enhances the composability and functionality of cryptonetworks, since many real-world assets are non-fungible. In turn, this enables blockchains to support more flexible economies.